Leaving the crowd behind

I slept like a log and it’s almost seven in the morning when I wake up. My knee feels a bit better and things are looking up. Unless the various curses that I’ve called down on the donkeys have worked I expect to see a lot more of them, conversely I expect to see a lot less people now that I’m leaving the main trail and heading for Jiri.
After a couple of hours walking I’m in Surke and call it a day. My knee still gives me some grief although far less then yesterday I just don’t want to aggravate it. I was right on the people score I haven’t seen any other trekkers yet. As for the donkeys I either was wrong or I’ve scared them off as I haven’t seen to many of them either. What I did see was locals just minding their children, working in the fields and tending their goats. The trails are a lot quieter with some porters carrying their loads from village to village and at one stage four young men carrying a tree trunk to Lukla probably a rafter for a new hotel I’d think. 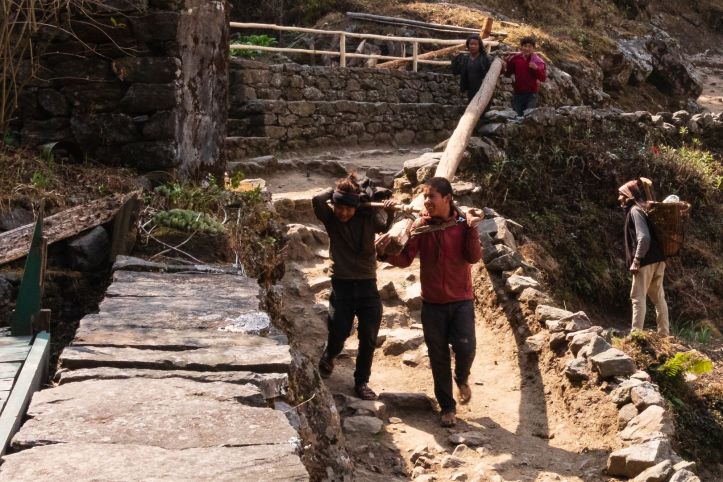