It’s a beautiful day and while there are still plenty of ponies to contend with and the trail is a mess I make steady progress. First steeply down to Kharikola then ten minutes of more or less level trail before it once again plunged down until eventually, you come to a suspension bridge over the Dudh Kosi.

Just after the bridge is a collection of rundown tea shops that functions as a watering hole and pit stop for the pony trains. While I usually would have passed them by its midday and I need a rest and something to eat and drink. From here it’s at least three hours uphill to Nuntala. Hey, any port in a storm. 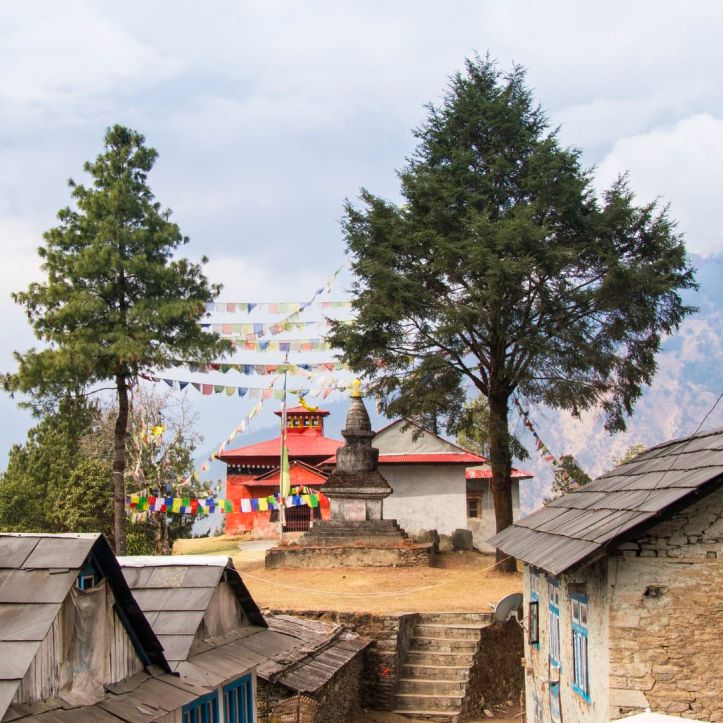 In the end, it’s half past four in the afternoon before I arrive at my destination and the hotel I usually stay at is booked out by a group, so I end up at the Hotel Everest across the road it looks just as run down as my usual digs so it should be just fine.